Garden Art Design has been featured in SAGardens Magazine, in the article ‘Suburban Sanctuary’ from the February 2015 edition.

An excerpt from the article is included below:

Shielded from surrounding streets by a collage of foliage, this corner block on the city fringe hides an urban oasis that blurs the lines between house and garden.

Eliminating the boundary between indoor and outdoor spaces has allowed Ian King to create his own piece of paradise just outside the Adelaide CBD. “When you’re standing in the garden, you could be anywhere, it’s my little haven to escape to,” he says. “I wouldn’t change anything, it’s exceeded what I expected.” Originally showing the hallmarks of a suburban cottage, the Wayville property has been transformed with dramatic structural changes to the existing house and a garden design that makes privacy a priority. A series of glass panels with no visible external frames supplied by South pacific Aluminium Windows and Doors make it virtually impossible to distinguish where the transition from lounge to garden takes place. “The edge of the landing ends where the lawn begins,” Ian say. “It was a challenge and quite an achievement bu the architect.” 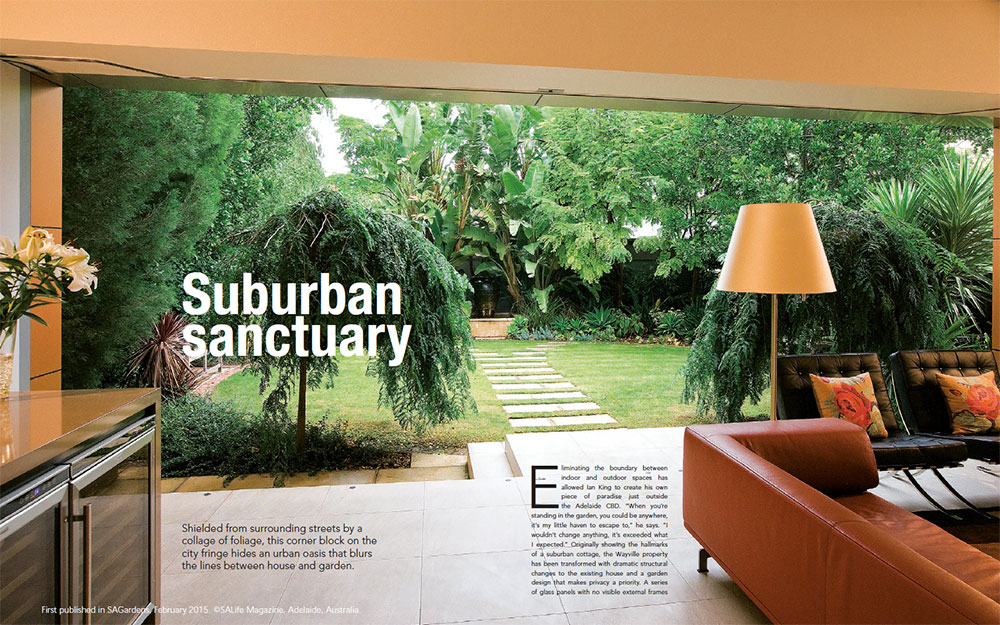 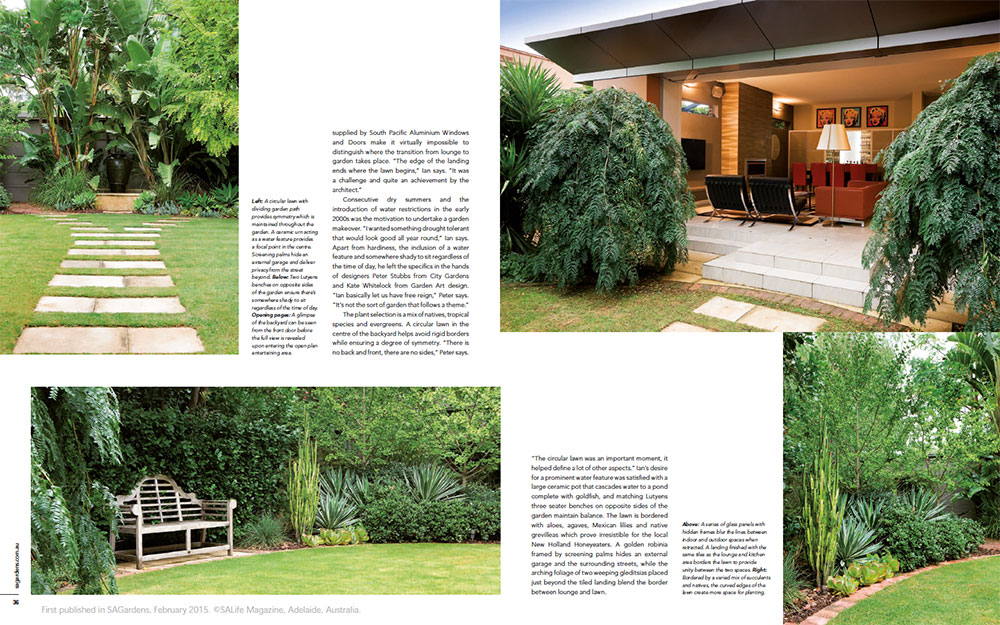 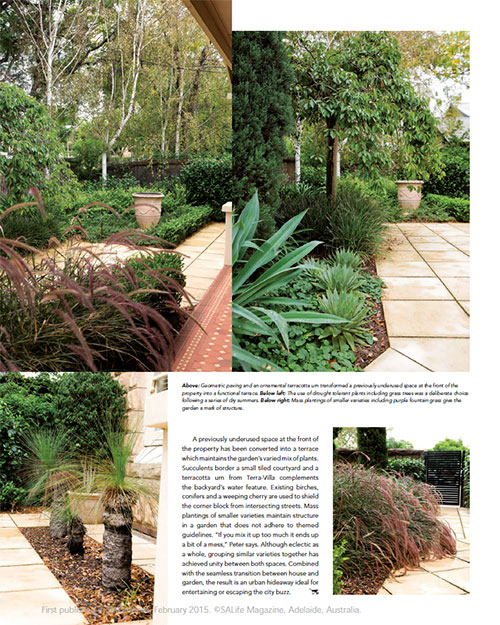